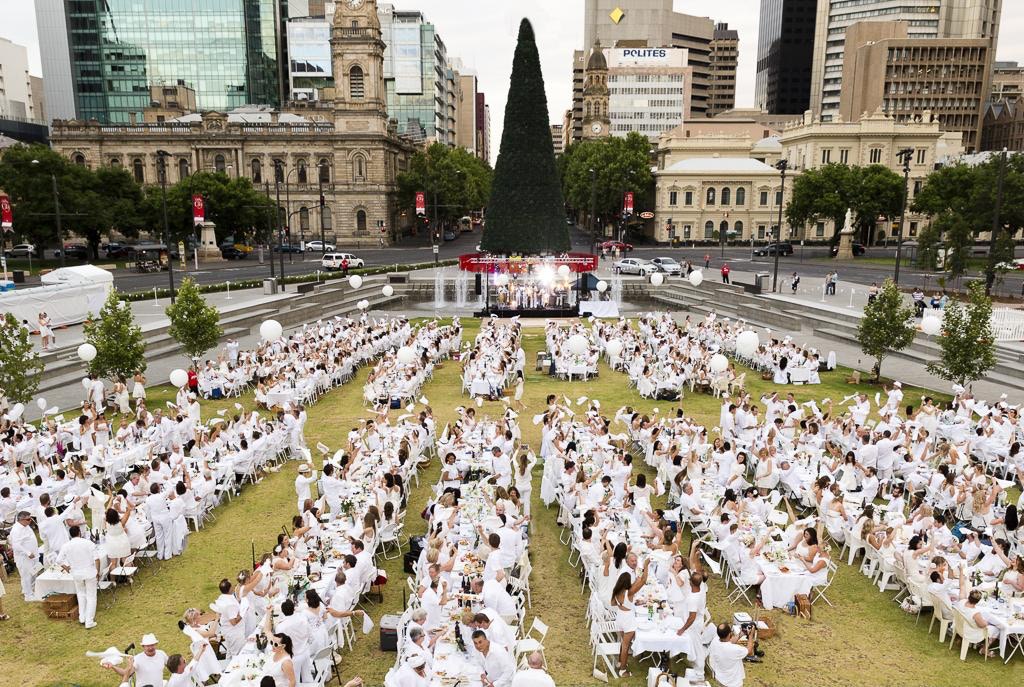 In less than one month, Melbourne will play host for the first time to one of the smartest ‘smart mobs’ mother earth has ever seen - Dîner en Blanc. With Melbourne touted as Australia’s home for culture, food and fashion, it is only fitting that it too join in on what is now known as a cultural phenomenon.  That in itself could be described as an understatement - with tickets selling out quicker than a hashbrown on a hangover!

Established in 1988 and celebrating all things life and love, Dîner en Blanc® has its roots in France. Simply put: 27 years ago, Francois Pasquier armed with a small group of friends, held a party. Through the magic of word-of-mouth, the party has evolved into an international event spanning not only countries but continents. From France to Montreal, Singapore to Sydney, Vancouver to Auckland, Diner en Blanc has achieved international success.

The essence of Diner en Blanc lies in its epicurean school of thought. Think peace, happiness and freedom. At the centre lies an emphasis on friendship as a way of contentment. If you look closely, the event echoes the epicurean philosophy that pleasure and pain are measures of what is good and evil and that our universe is limitless.

Since 1988 diners gather at an exclusive, private and secret location for the lone purpose of having a quality meal, in what is considered to be the metropolises’ most striking locations. Dîner en Blanc® International (based in Montreal), develops the picnics in the participating cities and works with zealous local organizers who want to bring it to their home city. Melbourne’s co-organizer Mikaela Smith-Chandler together with her co-hosts Sara Walsh-Sabey and Michael Wordsworth, are working to pair the smart mob event with the ‘pop-up’ concept. With a combined background of more than 10 years in marketing, event and human resources industries - Melbourne’s hosts are well equipped to carry Dîner en Blanc®’s vision.

In 2012, Antoine Bessis, a French expat, hosted Sydney’s first Dîner en Blanc® to the tune of 1,500 people packing out the forecourt of the Museum of Contempory Art. Following the event’s triumphs in 2013 Bondi Beach was revealed to be the stunning location for 3,000 guests. Last year 4,000 diners and partygoers took over Centennial Park. It almost feels like Melbourne was made to host this event. “Melbourne’s culture is a reflection of Dîner en Blanc®’s core values,” says Sandy Safi who is the Director of Partnership.

So how does it work? What must one do to become a part of history? It’s quite simple really. Guests wanting to partake apply on the official website and are placed on a waiting list. To receive an invitation, you must be invited by a guests who attended the preceding year’s event. Once your application is confirmed, your participation becomes obligatory and binding. Rain or shine the event will go on. Guest must also dress in all white. From the table settings to the dinnerware, head barrette to the tip of your shoes, the event’s dress code encourages style, elegance and most importantly originality. Have fun with it! But always keep at the back of your head the following words: elegant + chic.

The mode of transport is either by a charted bus service or through a pre-arranged public transport line (either a bus or train service). Guests arrive with everything and in the same manner, leave with everything. Nothing gets left behind and the place is left as primed and posh as when they arrived. Diner en Blanc’s official guideline is that guests bring:

If you were lucky enough to secure tickets, check out LENZO's favourite white moments. Au revoir!

The 2015 Dîner en Blanc Melbourne has sold out but to be kept up to date and get advance notice of its 2016 event, like their Facebook page at http://www.facebook.com/DinerEnBlanc.Melbourne and keep tabs on their twitter feed athttp://twitter.com/DinerEnBlancMel 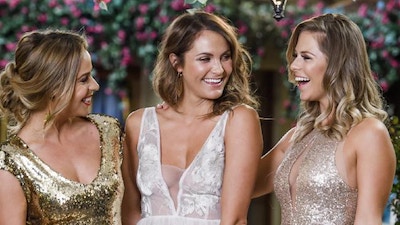 If you too are a #BachieFanatic, we have planned the perfect way to spend this Thursday!... 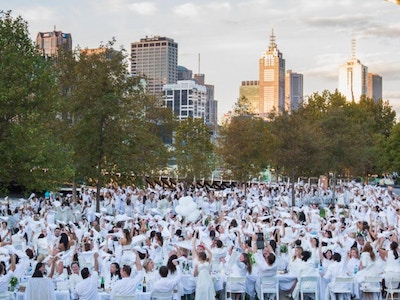 As the exclusive and illusive Diner En Blanc hits Melbourne, it is time to think about how to style your table (and yourself) for the big night! ... 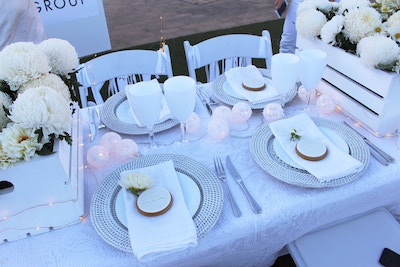 It was a #PartyOnBlanc on Saturday night when #TeamLenzo were amongst a sea of white for Melbourne's second annual Dîner en Blanc! ...