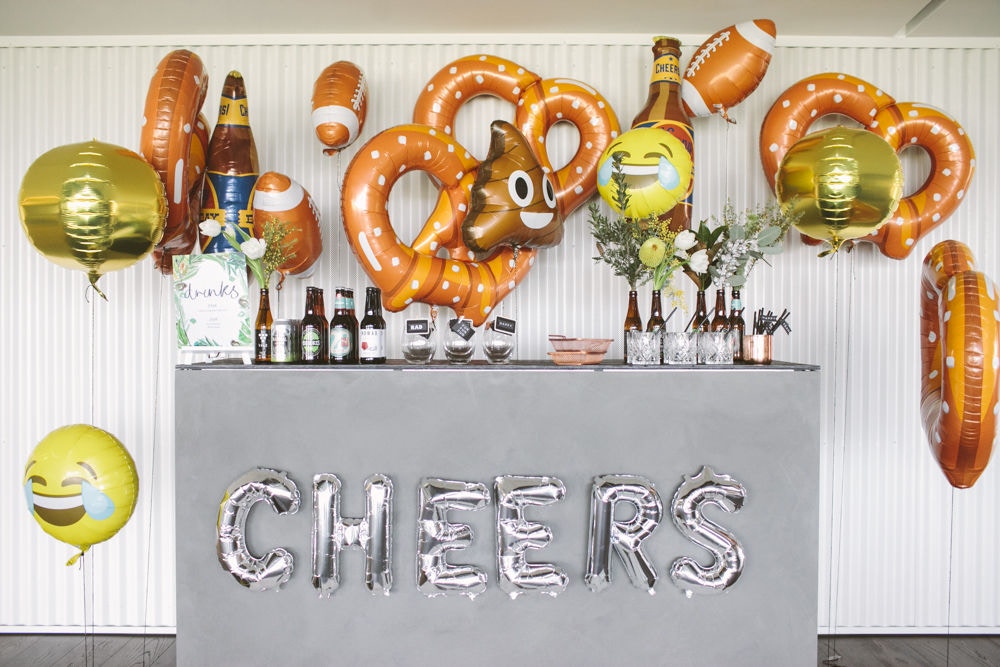 Tonight on The Edit, we bring you our Father's Day Editorial featuring some of our favourite dads, Jaryd Cachia from The Young Mummy, television personality Brodie Young and our number one tradie Adrian, who came along for a day filled with food, #FOOTY + fun.

Inspired by a true boys day out, we wanted to create a masculine event for the dads to get together and hang out with their sons. We created several industrial settings that were infused with pops of colour from Raven and the Rose's native blooms and extra elements of #FUN through Northstar's quirky and super cute balloons.

The editorial was shot at the newly designed Port Melbourne Football Club, which is a Peter Rowland venue, so of course that means there was an abundance of hearty and flavoursome food, which was the real star of the show. It is hard to know where to even start when describing the scrumptious spread, as everything from the gourmet pork tacos to the meaty pies were beyond perfection. And don't even get us started on the Fried Chicken - in between takes, the LENZO girls were running to snap them up before they were all gone!

Place Settings provided us with on point furniture for the day. The concrete table top was finished with the most gorgeous placemats designed by Colour and Skulls, who were also responsible for all the event stationery.

For the bar, we got our friends from Beer Days to provide us with a selection of craft beers. These are part of Beer Days Beer Club, where they send a selection of hand-picked craft beers in monthly/quartely packages. We think that this is the perfect gift for all those dads out there, as it keeps on giving. To finish off the bar, we incorporated a knook using B A R sign from Giant Letter King and also used some black and white partyware from party queen Ruby Rabbit.

To keep everyone warm and toastie during the shoot, we dressed the men in the latest winter collection from Witchery, which was accessorised with #OnTrend watches from The Fifth. For shoes, we went to our faves at Bared Footwear, which were paired with #FUNandFUNKY socks from Soxy Beast. For the little bubs, they were dressed head to toe in similar outfits to their dads from Cotton On Kids.

Little Pixel Box also came to the party with their #tooCOOL Instagram Printer, which is the #superCOOL and more modern version of the photobooth. The boys loved mucking in front of the camera and pulled out their top poses!

At the end of the day, everyone had such a great day at the lunch and enjoyed having a kick of the football on the oval and spending quality time with their families. On a final note, we wish you the best Father's Day and hope you get to spend a day with your #FamBam. 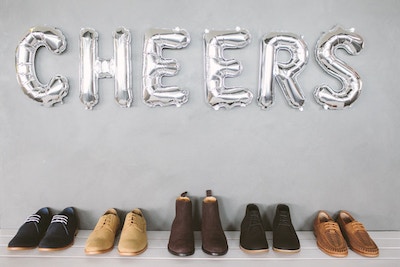 We help you find the perfect gift for this father's day!...