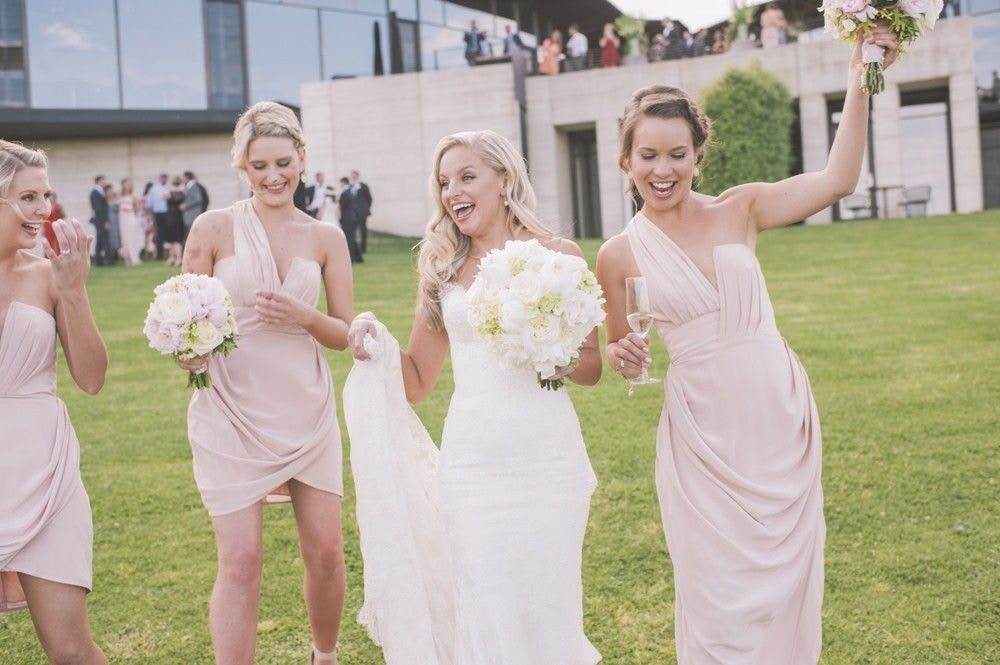 If love meant communicating through only a look then Sarah and Tim have nailed that aspect of their lives. They met through a pub-crawl organised by a mutual friend. Little did they know that in the late 80s, they had stayed at the same hotel in Queensland where their families had met for the first time. Unaware of which direction life would take them, they both played happily in the same pool.

Tim’s name means to ‘Honour’ and his proposal did just that. On the morning of Christmas 2013, he gave Sarah her Christmas gift before tipping her off that he had one more gift. Sarah’s confusion transformed to delight when Tim opened the box and asked for her hand in marriage. Sarah describes it as “A perfect, relaxed moment with just the two of them, after which they celebrated Christmas with both families present. Hands down, the best Christmas EVER! ”

A soft, smart and refined colour palette of white flowers and green foliage inspired the wedding. Victoria Whitelaw and her team transformed Port Phillip Estate in Red Hill into a reverie with the complimentary stationary crafted by Printerette Press.  Sarah notes Instagram and online wedding blogs as her main source of wedding inspiration.

The most memorable moment in the lead up was the evening before, where she along with her bridal party and parents, spent the night watching chick flicks like ‘Father of the Bride’ and ‘Bridesmaids’. Sarah recalls walking down the aisle with her father as the dearest moment of the ceremony. Witnessing her fiancé waiting at the end with a huge smile on his face is something she will never forget.

The wedding cake and desserts were handmade by the maid of honour’s mother and was a rich chocolate mud cake with a ganache filling and butter cake with raspberry cream filling and a buttercream frosting.

LENZO loves a tip, so what is Sarah + Tim's?

"We loved adding some DIY memorable moments. We created our own ‘Polaroid Photo Station’ which consisted of a large canvas board, twine and mini pegs. By the end of the evening the board was packed with photographs of everyone. Instead of a bonbonierre, we also created a wrapping station where guests could take home a bundle of flowers."

Here is to happy endings and to new beginnings! 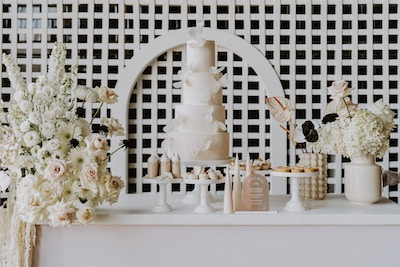 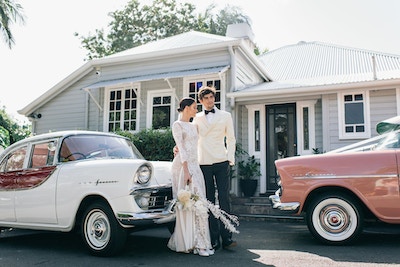 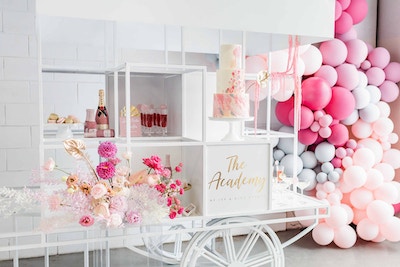